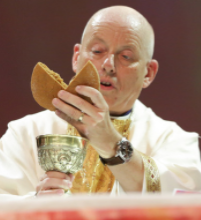 
The Rt. Rev. John H. Taylor began ministry as seventh bishop of the six-county Episcopal Diocese of Los Angeles on Dec. 1, 2017. He was elected bishop coadjutor on the eighth ballot on Dec. 3, 2016 at the 121st annual meeting of the diocese at the Ontario Convention Center. He was ordained to the episcopate on July 8, 2017 at a service at the Dorothy Chandler Pavilion of the Los Angeles County Music Center, with Presiding Bishop Michael Curry as chief consecrator.
Before his election, Taylor served as vicar of St. John Chrysostom Church and School in Rancho Santa Margarita, California, beginning in 2004.

"To our divided nation, to those living in fear and uncertainty, to anyone yearning for a rich relationship with the God in Christ who loves everyone without reservation, The Episcopal Church throws its arms open," Taylor said after the election was announced. "In our diverse, far-flung diocese, we are united in our baptismal pledge to strive for justice and peace among all people and to respect the dignity of every human being, especially those who are most vulnerable. I look forward with joy to serving alongside my fellow ministers -- laypeople, deacons, priests and bishops -- as we continue to proclaim the gospel in word and deed."

A lifelong Episcopalian, Taylor was born in Detroit, Michigan in 1954, the son of journalists and formerly served as chief of staff to former President Richard M. Nixon and later as the executive director of the Nixon Library in Yorba Linda, Calif.
He received a bachelor's degree in political science at the University of California, San Diego, and a master of divinity at the Claremont School of Theology and Bloy House. He is a graduate of Phillips Academy, Andover, Massachusetts. He was ordained a priest in January 2004 and served as curate at the Church of St. Andrew the Apostle in Fullerton.

The Diocese of Los Angeles "groans with the potential for growth through mission and ministry to those in our communities who do not know our church but whom our God in Christ commands us to reach, embrace, empower and serve," Taylor has said.
His is a "via media" leadership style -- listening to his own instincts in consultation with others. "I listen to all stakeholders to learn from them," he has said. "If they've been heard, they'll be more likely to affirm my decision even if they don't agree with it."
Taylor has written two novels, Patterns of Abuse and Jackson Place, in addition to numerous newspaper and magazine articles and a blog, "The Episconixonian."
​
Taylor married Kathleen Hannigan O'Connor in 2002. He has two daughters, Valerie and Lindsay, and two stepchildren, Daniel and Meaghan.
The Episcopal Church in the Diocese of Los Angeles today encompasses 65,000 Episcopalians in some 135 congregations and ministry centers located in Los Angeles, Orange, Riverside, San Bernardino, Santa Barbara and Ventura counties. Served by some 400 clergy, the Diocese also includes some 40 Episcopal schools and 10 social service and chaplaincy institutions. 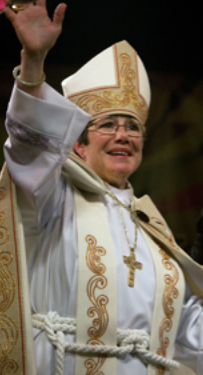 
​The Rt. Rev. Diane M. Jardine Bruce was elected seventh bishop suffragan of the Episcopal Diocese of Los Angeles on December 4, 2009, after having served 10 years as rector of St. Clement’s by-the-Sea Church in San Clemente, California. The first woman to be elected bishop in diocesan history, she was ordained to the episcopate on May 15, 2010.

Bishop Bruce’s areas of specialization include multicultural ministries, stewardship, and oversight of the congregations in the southern third of the Diocese.

Bishop Bruce became rector of the San Clemente parish in 2000. She was previously associate rector of the Church of the Messiah, Santa Ana, California. Prior to ordination she served Wells Fargo Bank as vice president, compensation management and analysis. She was employed by Wells Fargo (formerly Crocker Bank) in various capacities since 1980.

Ordained a priest in 1998 in the Diocese of Los Angeles, Bishop Bruce speaks Spanish, Mandarin and Cantonese as well as English. She holds a doctoral degree from Seabury-Western Seminary (awarded in May 2011) as well as a master of divinity degree from the Claremont School of Theology and a bachelor's degree in linguistics from the University of California at Berkeley.

A native of Pequannock, New Jersey, Bishop Bruce is married to G. Stephen (Steve) Bruce, a computer software engineer. The Bruces have two adult children -- a son, Max, and a daughter, Jardine. 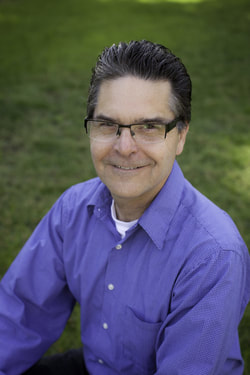 The Rev. Andy Taylor
Bishop of the Pacifica Synod
ELCA

​The Rev. Andrew Taylor, San Diego, was elected May 6 to a six-year term as bishop of the Pacifica Synod of the Evangelical Lutheran Church in America (ELCA). The election was held during the Synod Assembly May 5-7 at the Irvine Marriott Hotel in Irvine, Calif.
Taylor was elected on the fifth and final ballot with 174 votes to 165 votes for the Rev. David Nagler, pastor of Christ Lutheran in San Diego.
"I am humbled and honored that the people of the Pacifica Synod have elected me as their next bishop," Taylor said. "I look forward to the challenge of walking with the congregations of Hawaii and Southern California as they reach out with God's love to each other, their neighborhoods and the world, and I pray that God will grant me all I need to be effective in this important role."
Taylor has served as senior pastor of St. Andrew Lutheran Church in San Diego since 1997. He was pastor of First Lutheran Church in Tulare, Calif., from 1992 to 1997.
The bishop-elect earned a Bachelor of Arts degree from California State University in Long Beach in 1980 and a Master of Divinity degree from Luther Seminary in St. Paul, Minn., in 1986. Luther is one of eight ELCA seminaries.